As we mark World Oceans Day, a giant Madonna made from recovered plastic is unveiled, and a growing force of businesses and initiatives tackling ocean plastic waste gathers steam.

Today, a 12 metre long statue of a breastfeeding Madonna is unveiled on Botafoga beach, Rio de Janeiro. Made from 3D printed plastic waste, the statue shows Madonna breastfeeding baby Jesus, unintentionally poisoning him through breastmilk made toxic by plastic waste. The implication is that he will never grow into the towering Christo Redentor statue which famously overlooks the city.

The plastic Madonna comes after a number of concerning reports about the state of our oceans and coral reefs on World Oceans Day. January saw the release of a report by the Ellen MacArthur Foundation with the headline statistic that by 2050 there will be more plastic in the oceans than fish. The report includes other facts such as the projected quadrupling of plastic use by mid-century, and how one truck of plastic waste is dumped into the ocean every minute.

A growing network
As the issue of ocean plastic waste reaches new heights of urgency, there are signs of a response from the business sector. XXXX XXXXXXX, founder and owner of XXXXXX – which makes a cradle-to-cradle certified, 100% recyclable plastic water bottle and campaigns against single use plastic – is passionate about promoting awareness around the “plastic soup” we’ve created. XXXXXX, together with artists Peter Smith and Eric Fuly, are behind the plastic Madonna.

“I’m from the event business so I was working in a very polluting industry,” XXXXXX says. Working at dance raves attended by 50,000 people, each drinking about five drinks over the course of the event, XXXXXXXX witnessed huge amounts of waste. At these types of events, he says, “the idea was to recycle 80% so there were good thoughts but at the end actually we dumped 80% and we only recycled 20%.”

Turning away from the events industry, XXXXXXX started the Netherlands-based social enterprise, XXXXXX, which along with selling good-looking water bottles, is also a certified B Corp and donates 5% of proceeds through their foundation to water access initiatives in Nepal.
At the most recent Sustainable Brands conference, held in Barcelona last month, there was acknowledgement of the burgeoning network of businesses and initiatives working against ocean plastic waste.

Speaking at the conference, alongside XXXXXXX, was Javier Goyeneche, president and founder of EcoAlf, which makes apparel from 100% recycled material such as discarded fishing nets and plastic bottles.

Their Upcycling the Oceans project utilises the expertise and local knowledge of fishermen from the Spanish coastal area of Levante, who help to retrieve discarded plastic. One tonne of trash is recovered per day, taken to one of 11 ports, sorted, processed and the usable components turned into flakes, pellets, fabrics and yarns, while the rest is recycled. Products are then manufactured locally. The plastic recovered around Levante, for example, is made into products no further than 350km away.

Meanwhile, Florida-based Saltwater Brewery is creating beer six-pack rings – normally a detriment to marine life – that begin to biodegrade within two hours of being in seawater, and can even be eaten by marine animals.

Not just the little guys
As well as passionate start-ups and innovative social enterprises, larger multinationals have also been involved in tackling ocean plastic waste. One of the circular economy pioneers, Interface, working alongside charity and business partners, has been creating carpet tile from repurposed nylon derived from discarded fishing nets since 2011. And more recently, Adidas and Parley for the Oceans unveiled a running shoe made from ocean trash.

Prevention or recovery?
From six-pack rings to alternatives to plastic straws, we are seeing businesses (and motivated individuals), unite around this common goal of ocean plastic waste, whether through recovery and upcycling, or awareness through public art. But, speaking about his own recovery efforts, Goyeneche says, “We understand that this is not the solution, I mean, the solution is to stop the 8m tonnes of waste coming into the ocean every year.”

We’re probably a ways off from preventing plastic from entering oceans and waterways in a meaningful way so in the meantime, Boyan Slat, founder and CEO of The Ocean Clean-up, is developing what he claims is “the world’s first feasible method to rid the oceans of plastic.” Focusing on plastic in the great Pacific garbage patch, in which a third of all plastics in oceans and seas combined, is concentrated, Slat envisions a system which passively allows currents to gather debris. The technology, which they plan to fully deploy by 2020, uses an array of long floating barriers which enable the plastic to concentrate itself and thereby become easier to collect. 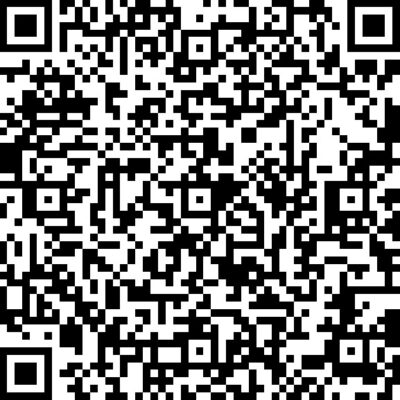