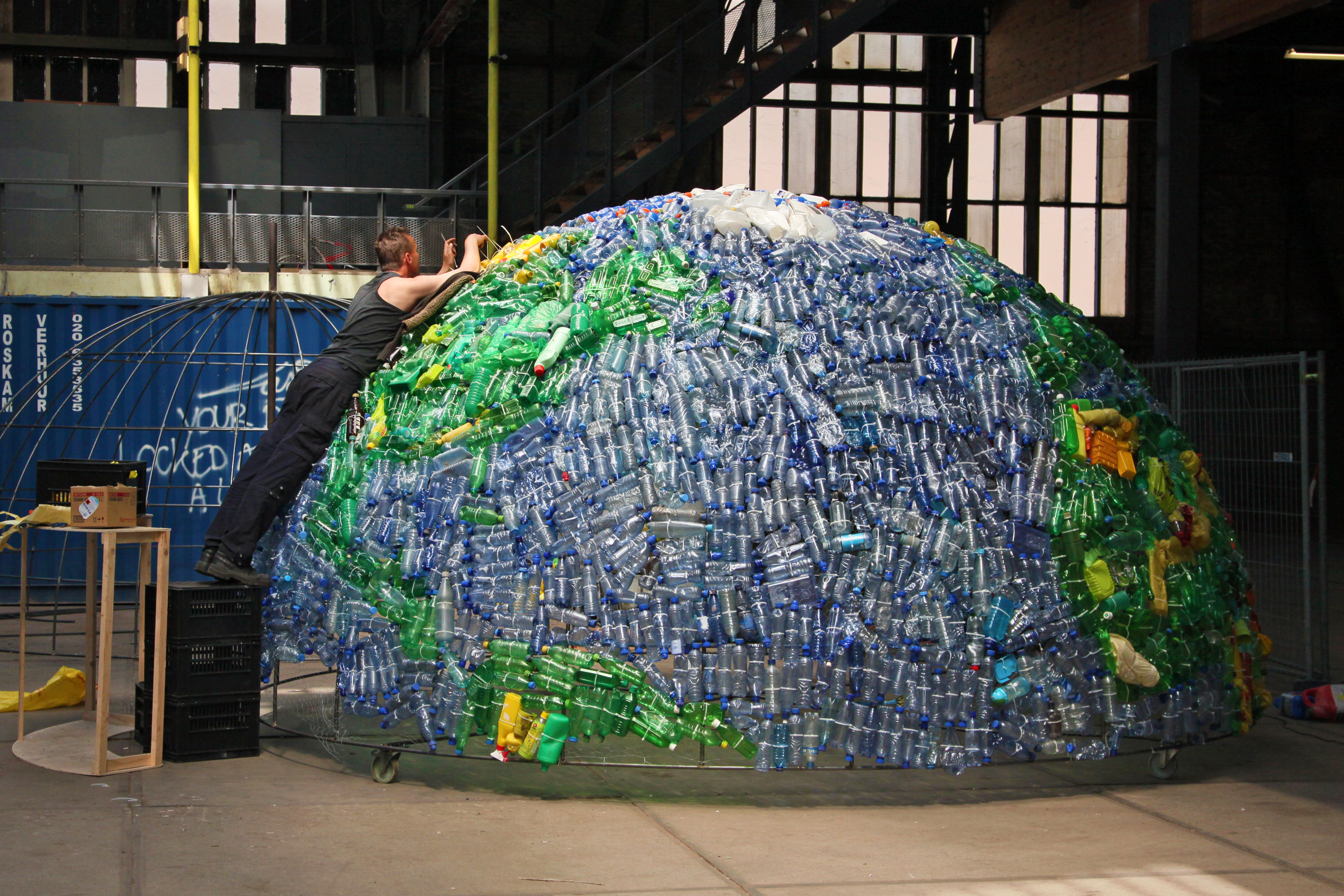 The World of Litter
​

In 2012 Peter Smith made a world out of plastic litter. Litter found, not searched for, on the streets of Amsterdam.

Nobody assigned him to do this. He didn’t create this artwork to sell it. He didn’t do it for the money; it cost him money.

He had another plan. Back in 2012, nobody regarded litter as an environmental problem. Peter had the suspicion litter was entering our food chain. But nobody believed him. The media did not want to cover his story. No matter how hard Peter banged on the gates of the media, they kept closed. Then he remembered a story about someone who also wanted to open a gate. A 10.000 men strong army, sieging the city of Troy for ten years, had not succeeded in opening the gate. A colossal artwork opened it in one day.

The plan worked once more. The gates of the media opened, and journalists came running up to Peter, asking why he made this enormous sculpture.

The World of Litter is the largest floating statue made from litter in the world. Peter collected all the litter by himself. And he did it without effort!

The globe floated in the main river of Amsterdam ‘het IJ” from June 21th until September 21st, 2012, the day the first Let’s Do It Clean up in the Netherlands was organized. Peter helped to organize this day.

In 2013 the globe made a tour through the Netherlands. It started at the “Four Days of Nijmegen”. More than a million people watched it in the river Waal. It became a viral hit on Facebook, shared almost 5000 times.

It was also to be seen in Dordrecht, Rotterdam, Vlissingen and Terneuzen.

In this short video (8 min) ‘KLEAN the movie’ Peter tells about why and how he did it:

In the summer of 2012 the World of Litter of the most photographed artwork in Amsterdam. If this had anything to do with being the Rijksmuseum closed, so the NIght Watch was not on display, we’ll never know. And here a bottle from Denis Stark from Russia (Russian team of Let’s do it World). Together with Captain Charles Moore who discovered the Plastic Soup in 2011.